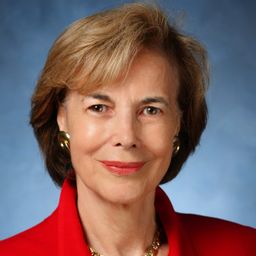 Dr. Tamara Cohn Eskenazi serves as The Effie Wise Ochs Professor of Biblical Literature and History at Hebrew Union College-Jewish Institute of Religion in Los Angeles.  She is the first woman appointed as professor to the Rabbinical Faculty of Hebrew Union College-Jewish Institute of Religion's long history which began in 1875.

Dr. Eskenazi is the Editor of the award winning book, The Torah: A Women’s Commentary (URJ Press, 2008, with Andrea L. Weiss, Associate Editor), the winner of the 2008 Jewish Book of the Year Award (The Everrett Family Foundation Book of the Year Award), given by the National Jewish Book Council, This unique and 1400 page Commentary, created thanks to the imagination  and energies of the WRJ, includes contributions from hundreds of women scholars, clergy and poets.  Its purpose is to bring the voices and visions of women to the interpretation of the Torah in the 21st century. Her most recent book, the commentary on Ruth (the JPS Bible Commentary: Ruth (with Tikva Frymer-Kensky, Z’L), won The National Jewish Book Award for Women Studies”in 2012. She is also the recipient of the National Endowment for the Humanities Fellowship for her project on “Out from the Shadows: Biblical Women in the Persian Period (Sixth to Fourth Centuries BCE).” A volume in her honor, titled Making a Difference: Essays on Bible and Judaism in Honor of Tamara Cohn Eskenazi, edited by David J.A. Clines, Kent Harold Richards and Jacob L. Wright (Sheffield Phoenix) appeared in 2012.

Dr. Eskenazi specializes also in the study of the Second Temple Period (that is the literature and history of the return and reconstruction in Judah after the Babylonian exile in the 6th century  BCE).  Her other books include In an Age of Prose:  A Literary Approach to Ezra-Nehemiah (Scholars Press, 1988);  The Sabbath in Jewish and Christian Traditions(ed. with D. Harrington and W. Shea, Crossroad, 1991); Levinas and Biblical Studies  (with Gary Phillips and David Jobling, 2003; Brill); Telling Queen Michal's Story: An Experiment in Comparative Interpretation  (with D. J. A Clines; Sheffield Academic Press, 1991) and Second Temple Studies Volume 2: Temple and Community in the Persian Period  (with K. H. Richards; Sheffield Academic Press, 1994), and Levinas and Biblical Studies (with G. Phillips and D. Jobling, Brill, 2003).

Dr. Eskenazi's  articles have appeared in the major journal in the field of biblical studies, these include The Journal of Biblical Literature, the Catholic Biblical Quarterly, and the Journal for the Study of the Old Testament, as well as in the Women's Bible Commentary (Westminster/John Knox, 1992) and the  Anchor Bible Dictionary (Doubleday, 1992).  Her essay on the structure of Ezra-Nehemiah was selected for The Best of Theology, 1990.  She has also contributed articles to Women in Scripture (ed. Carol Meyers, 2000).

Presently, Dr. Eskenazi is writing a commentary on Ezra-Nehemiah for the Anchor Bible commentary series (Doubleday).

Dr. Eskenazi has served on the Executive Committee of the Society of Biblical Literature and has been President of the Pacific Coast Region chapter of the Society Biblical Literature,.  She also has chaired several on going committees in the Society of Biblical Literature, such as the "Narrative Research on the Hebrew Bible Group" (1986-1992),"Literature and History of the Persian Period Group" and "The Art of Hebrew Bible Commentary Consultation."  She has delivered papers in numerous national and international scholarly conferences, including meetings in Jerusalem, Sheffield, Heidelberg, Vienna, Copenhagen and Rome. In addition, she has lectured widely in synagogues and churches in the United States.

Dr. Eskenazi has been on the Editorial Board of the Journal for the Study of the Old Testament  Supplement Series and of Semeia: An Experimental Journal for Biblical Criticism.  In addition, she has lectured widely in the United States, Europe and Israel.

Dr. Eskenazi joined HUC-JIR faculty in 1990.  Before coming to Los Angeles, she had been on the faculty of the University of Denver and was also Director of its Institute of Interfaith Studies.  In Denver Dr. Eskenazi co-founded the Jewish Women Resource Center.

Sessions in which Tamara Eskenazi participates