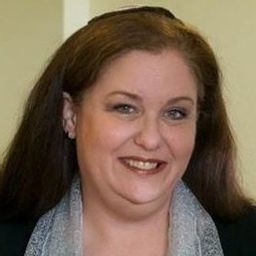 Rabbi
Temple Israel of West Palm Beach
Participates in 1 Session
Rabbi Cookie Lea Olshein received a Bachelor's of Business Administration degree (International Business) from The George Washington University in Washington, DC, followed by a Juris Doctorate degree from California Western School of Law in San Diego, California, at the age of 23. While practicing law (primarily civil litigation) in Las Vegas, Nevada, Rabbi Olshein was actively involved in creating and administering Continuing Legal Education (CLE) courses for attorneys and became the youngest person ever to rise to the role of Chairperson of the State Bar of Nevada's CLE Committee. An active member of her home congregation, Congregation Ner Tamid, she created a young adult program serving the needs of those ages 25-39; served as a vice president of her congregation's Board of Trustees; volunteered with the Sisterhood; and helped create a lay-led Shabbat morning minyan. During this time, she also created and led a successful singles’ program in partnership with the Jewish Community Center and volunteered with Jewish Family Services.

In May of 2006, Rabbi Olshein received a Master's of Arts in Hebrew Letters degree from HUC-JIR, at which time she also received the Cantor William Sharlin Award for Excellence in Liturgy. After completing her rabbinic thesis on the topic of Synagogue Transformation and Change Issues (with a focus on the use and effects of technology in worship), she was ordained as a Rabbi by HUC-JIR in May of 2008.

While at Congregation Beth Israel in Austin, Texas, Rabbi Olshein shared all pulpit and life cycle responsibilities with the senior rabbi. In the greater Austin Jewish community, Rabbi Olshein as an ex-officio member of the Board of the Jewish Federation of Greater Austin and initiated a partnership with Jewish Family Services to create and co-facilitate a community-wide Jewish Chronic Illness/Cancer Support Group. She was actively involved with the Austin Jewish Coalition Against Domestic Violence, and participated in a variety of social action, arts and music, and multi-faith activities in the community through iACT (Interfaith Action of Central Texas) and other organizations.

Rabbi Olshein’s professional passions include teaching adult education, organizing and leading congregational Jewish music, bringing awareness to local and international social justice issues through her work with American Jewish World Service and other organizations, creating interfaith opportunities for dailogue and worship, and facilitating workshops on spirituality in everyday life. Her own "Jewish journey" was featured in the URJ's Reform Judaism magazine (http://rjmag.org/Articles/index.cfm?id=1267).

In her spare time, Rabbi Olshein enjoys crocheting handmade kippot (one of her kippot is currently on display in the Jewish Museum of Berlin); taking gourmet cooking classes, and planning meaningful travel all over the world. In recent years, she has spent her vacation time as an official chaplain for the 2010 Vancouver Winter Olympics, as the rabbi on cruise ships in the Caribbean and Mediterranean for Passover and Chanukah, and as a guest rabbi in Auckland, New Zealand, Las Vegas, Nevada, and Erie, Pennsylvania.